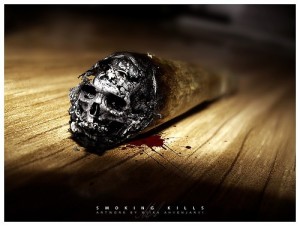 FRONTLINE tells the inside story of how two small-town Mississippi lawyers declared war on Big Tobacco and skillfully pursued a daring new litigation strategy that ultimately brought the industry to the negotiating table. For forty years tobacco companies had won every lawsuit brought against them and never paid out a dime. In 1997 that all changed. The industry agreed to a historic deal to pay $368 billion in health-related damages, tear down billboards and retire Joe Camel.

This report recounts how it all started when Mississippi’s Attorney General Mike Moore joined forces with his “Ole Miss” classmate attorney Dick Scruggs and sued tobacco companies on behalf of the state’s taxpayers to recoup money spent on health care for smokers. Scruggs and Moore criss-crossed the country in a private jet hawking their battle strategy to other state attorneys general and eventually built an army of forty states.

Moore and Scruggs had a number of secret weapons. They took charge of explosive tobacco industry internal documents that no one else would touch. And they protected two of the most important whistleblowers in the history of the tobacco wars: Jeffrey Wigand, the first high-level tobacco executive to turn against the companies; and Merrell Williams, a paralegal who secretly copied thousands of internal documents.

And these Missippippi “boys” held another trump card. They offered a deal to Bennett LeBow, CEO of Liggett & Myers: break ranks with the industry and cooperate with the state attorneys general in return for financial stability. FRONTLINE tells how they also managed to get a back channel to President Clinton and Senate Majority Leader Trent Lott through political advisor Dick Morris.

But Scrugg’s and Moore’s success was not limited to getting the industry to a national settlement. FRONTLINE details for the first time how their efforts triggered a massive criminal investigation of Big Tobacco that threatens to put some in jail for deceiving the American public.

As of May 1998, the Senate is poised to pass broad anti-smoking legislation which would cost the industry over $500 billion. The tobacco firms have denounced this new deal claiming it will bankrupt them. But Congress — once a servant of the industry in large part because of tobacco’s massive political clout and contributions — has now turned against it.

This site uses Akismet to reduce spam. Learn how your comment data is processed.